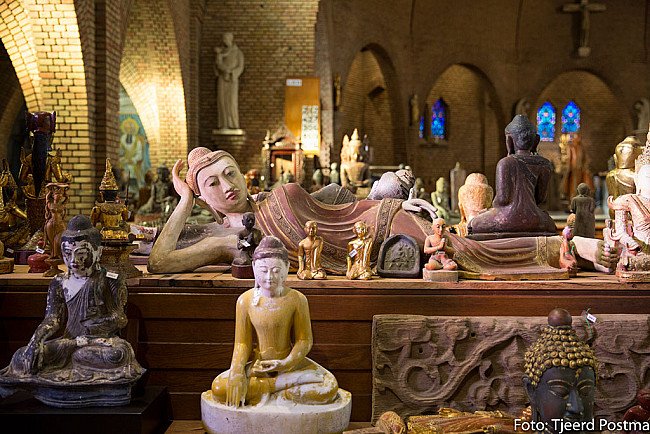 In Mahayana cosmology, the five directions (north, south, east, west and centre) are associated with the five ‘cosmic’ of Dhyani Buddhas. The cosmic Buddhas may appear together or separately, depending on the contest. They are the heads of the five Buddha ‘families’ to which the Boddhisattvas belong, and each represents a specific aspect of the Buddha’s wisdom and each of them also performing particular hand gestures, also termed as Mudras. 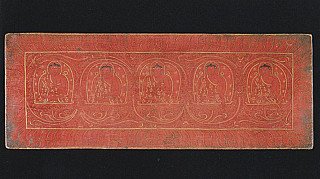 Ratnasambhawa is the Buddha of the south: yellow in color, his symbol is a wish-granting jewel and his gesture is Varada Mudra, symbolizing giving. He is the head of the Ratna or Jewel family, characterized by his generosity.

Akshobya’s emblem is the thunderbolt or vajra, and makes the earth-touching gestureBhumisparsha Mudra; thus he is associated with Shakyamuni’s victory over desire. He is the Buddha of the East and the head of the Vajra family, characterized by immovability and resolve.

Vairochana, the white Buddha of the Centre, makes the teaching gesture of Dharmachakra Mudra associated with the first teaching of the Buddhist Law; in keeping with thism his symbol is the Dharma Wheel. He is the head of the Tathagata or Buddha’s family, characterized by the quality of illumination.

Amitabha is the Buddha of the West, his color is red and his symbol is the lotus, since he is the head of the Padma or Lotus family, associated with compassion. His gesture is Dhyana ormeditation mudra.

Amoghasiddhi is the Buddha of the North: green in colour, his emblem is the powerful vajra and his gestire is the Abhaya Mudra, indicating fearlessness; he is the head of the Karma or Action family.